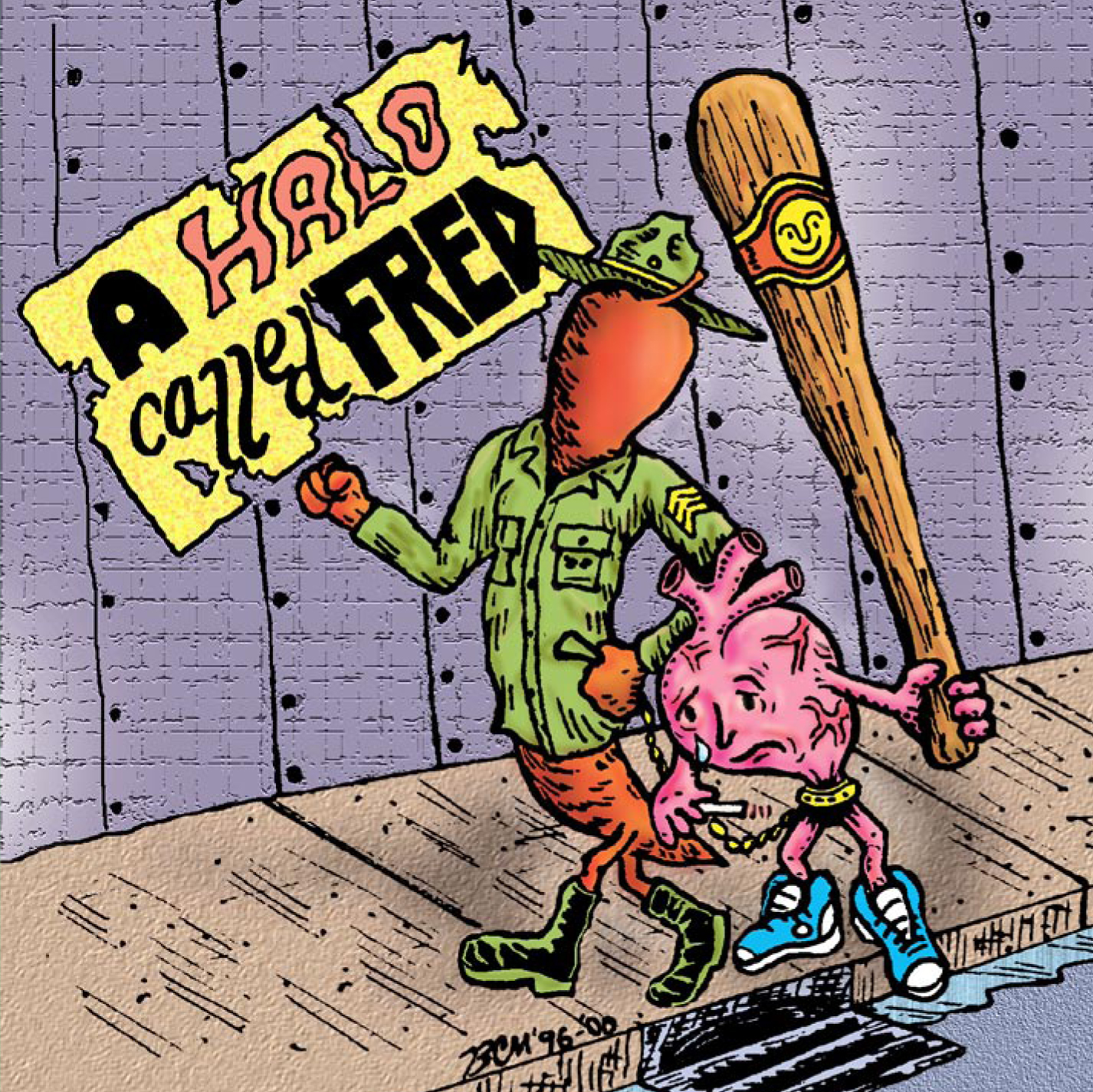 It was 20 years ago that A Halo Called Fred‘s ground-breaking album, “Sgt. Pepper’s Lonely Hearts Club Band,” was unleashed on an unsuspecting world! The band has gone through numerous line-up and stylistic changes since this recording, but the off-beat, Tupperware playing, musically irreverent soul of the band remains the same.

“Sgt. Pepper’s Lonely Hearts Club Band,” Halo’s first concept album (the concept being that copyright law doesn’t apply to titles) plays like a time machine, moving backward through the early part of Halo’s career. The first seven tracks, produced by Claude Coleman of Ween, represents the first realization of Halo’s more polished, musical sound that persists into their music today. This is followed by five tracks which were originally from 1994’s “Body Parts and Flying Things,” produced by Norm Demoura (Susan Tedeschi, NRBQ) which epitomizes the bands more raw punk influences. The final ten tracks are home recordings which represent the earliest, anything-goes version of the band. Bundled all together, this becomes the quintessential collection of classic Halo songs!

About A Halo Called Fred:
The best geek rock ever played on guitar, bass, fiddle, and kitchenware, with songs featuring such topics as pirates, steampunks, cavemen, and any body part or flying thing you can think of. Halo has performed with King Missile, been produced by a member of Ween, and featured on The Doctor Demento Show. Their quirky, off-beat style has been paired with Burlesque and Sideshow acts, and they have participated in numerous film projects, including the short film “Barry the Steampunk Monster” and the 2010 feature film “Everything Fred Tells Me is True.” They are currently regulars at off-beat cultural events such as Wicked Faire, The Steampunk World’s Fair, and the Macabre Faire Film Festival.