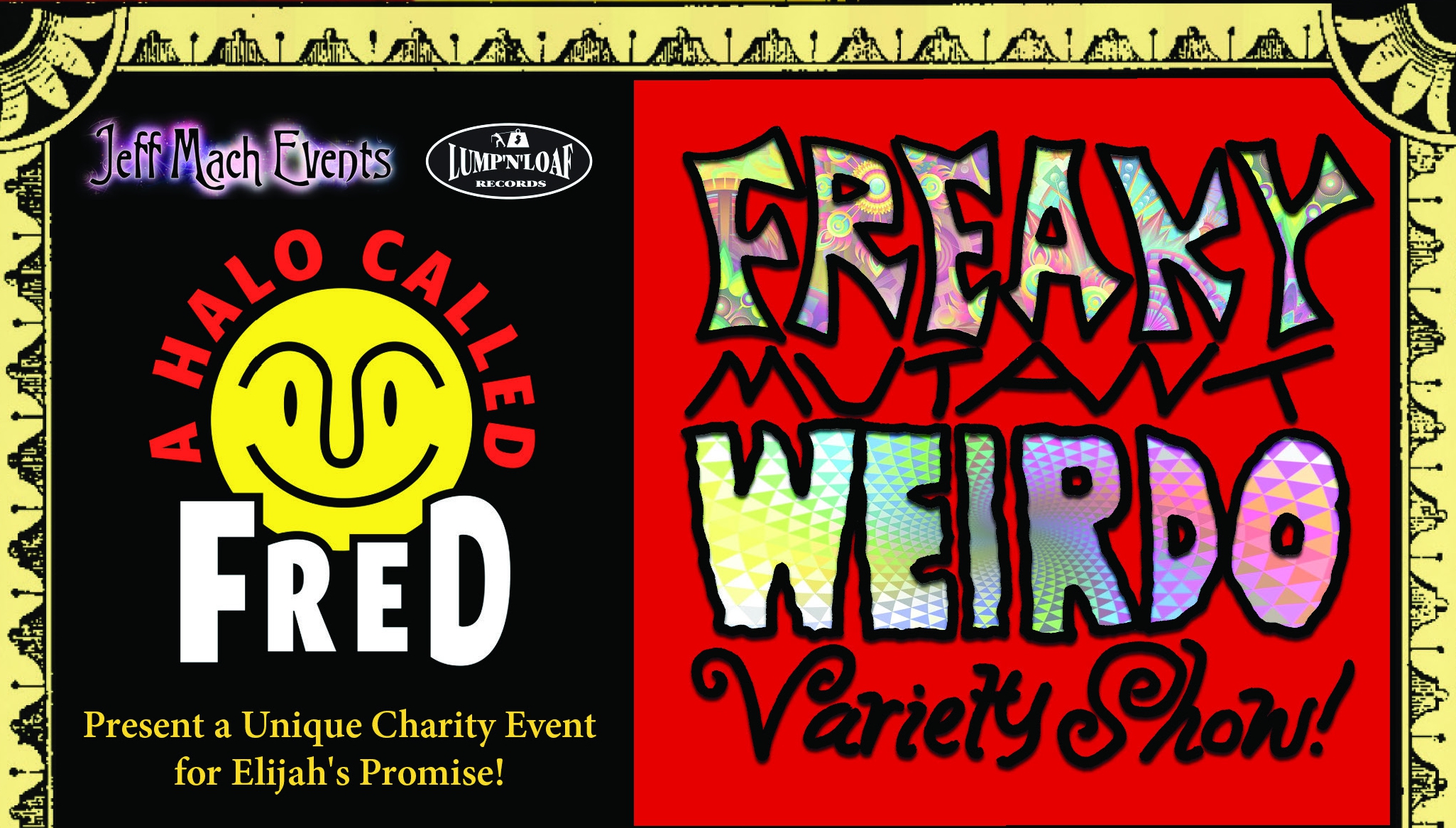 What is FMW and how did the concept come about?
The idea grew out of two observations: #1) The best and most energetic performances always seem to be ones that involve collaborations between different acts, and #2) when we play big festival type shows, we LOVE the variety of performers, but the scheduling makes it impossible to see all the acts. So the challenge became “How do we put on a show with a great variety of entertainment that encourages collaboration and mash-ups, and allows the audience to see the every performance?”

How do you envision the event?
We envision the show as a variety show of mash-ups, like a real life Muppet Show of weirdness! This will be a four hour long event of non-stop entertainment, with each act flowing into each other, and every act being a mash-up of several acts. Unlike a more traditional show where a single performer might perform for a continuous set, at the Freaky Mutant Weirdo Variety show, every performer will come up to the stage multiple times and in multiple combinations with other groups. We’ll have bands crossing with other bands, different musicians performing with dancers, sideshow acts, and films, poetry readings with improv performances, all coming together for a night of multimedia entertainment

Is this a one-time event or are future events in the works
There are absolutely other events in the works! The format we’re working on for this year’s event evolved from a one-time performance and video shoot we did Musical Notes with Judith Marchand on PANJ radio, where we performed and filmed a number of live songs with some of the performers we’re working with now, so we see this as a form of evolution. This version of the show is our first full live performance of this concept involving this many coordinated acts. And the result of THIS show will guide the evolution of the next one!

How did you find the acts and how did John S. Hall get involved?
All of the acts were chosen because we’d performed and in many cases collaborated with them before in other contexts! Many through our involvement with the Steampunk World’s Fair, and other Jeff Mach Events, or through collaborations through Lump’n’Loaf records. In the case of John S. Hall, Halo had performed with him a number of times in the ’90s when he was with King Missile III, so when we began putting this show together, we were brainstorming acts that would match well with the theme of the show, and his name came up immediately! We just had to ask and he was into the idea.

What is Elijah’s Promise and why are proceeds from the event going directly to them?
Elijah’s promise is a local organization that fights hunger. They operate a community soup kitchen, culinary arts school, catering business, pay-as-you-can café, and connect low-income individuals and families with social and health services. We felt that they were the perfect charity to partner with for a post-Thanksgiving event.

Why is FMW being held at Roxy & Dukes?
With it’s multiple stage layout, velvet curtain, and dedication to all forms of entertainment, Roxy and Duke’s seemed the perfect venue for this no holds barred style of entertainment!

The Freaky Mutant Weirdo Variety Show is presented by Lump’N’Loaf Records, in association with A Halo Called Fred and Jeff Mach Events.