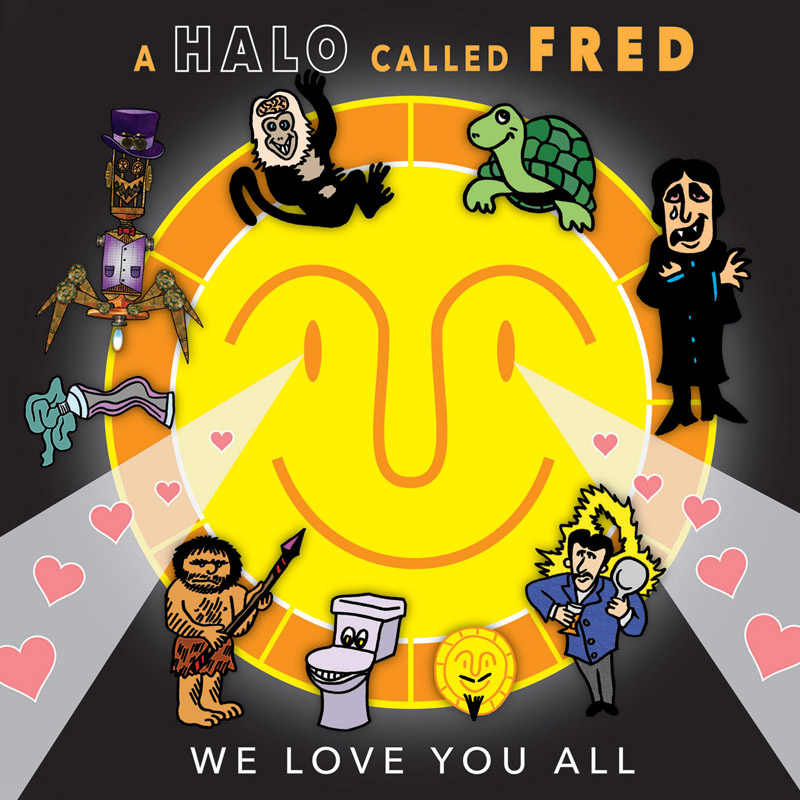 Lump’N’Loaf Records is excited to announce the official release of “We Love You All” by eclectic geek folk-rock act A Halo Called Fred.

Promising never to record again after disbanding in 1999, New Brunswick, NJ favorites A Halo Called Fred re-formed in 2011 with a new lineup amidst a frenzy of song-writing, recording, and playing – with particular focus on geek and steampunk-themed events – culminating in “We Love You All,” the first new Halo album in 14 years.

While maintaining the band’s sense of humor, fun, trademark energy, and use of tupperware, this album pushes the envelope by fully embracing and incorporating all of the band’s musical influences. Joined by Tiny on bass and Queenie on violin (previously having played on the song “Nekkid Hoedown” in 1999), the new album’s use of richer vocal harmonies and more complex musical arrangement has made this album a more fully musical experience than previous Halo offerings. 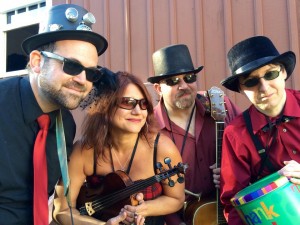 About A Halo Called Fred:
The best geek rock ever played on guitar, bass, fiddle, and kitchenware, with songs featuring such topics as pirates, steampunks, cavemen, and any body part or flying thing you can think of. Halo has performed with King Missile, been produced by a member of Ween, and featured on The Doctor Demento Show. Their quirky, off-beat style has been paired with Burlesque and Sideshow acts, and they have participated in numerous film projects, including the short film “Barry the Steampunk Monster” and the 2010 feature film “Everything Fred Tells Me is True.” They are currently regulars at off-beat cultural events such as Wicked Faire, The Steampunk World’s Fair, and the Macabre Faire Film Festival.