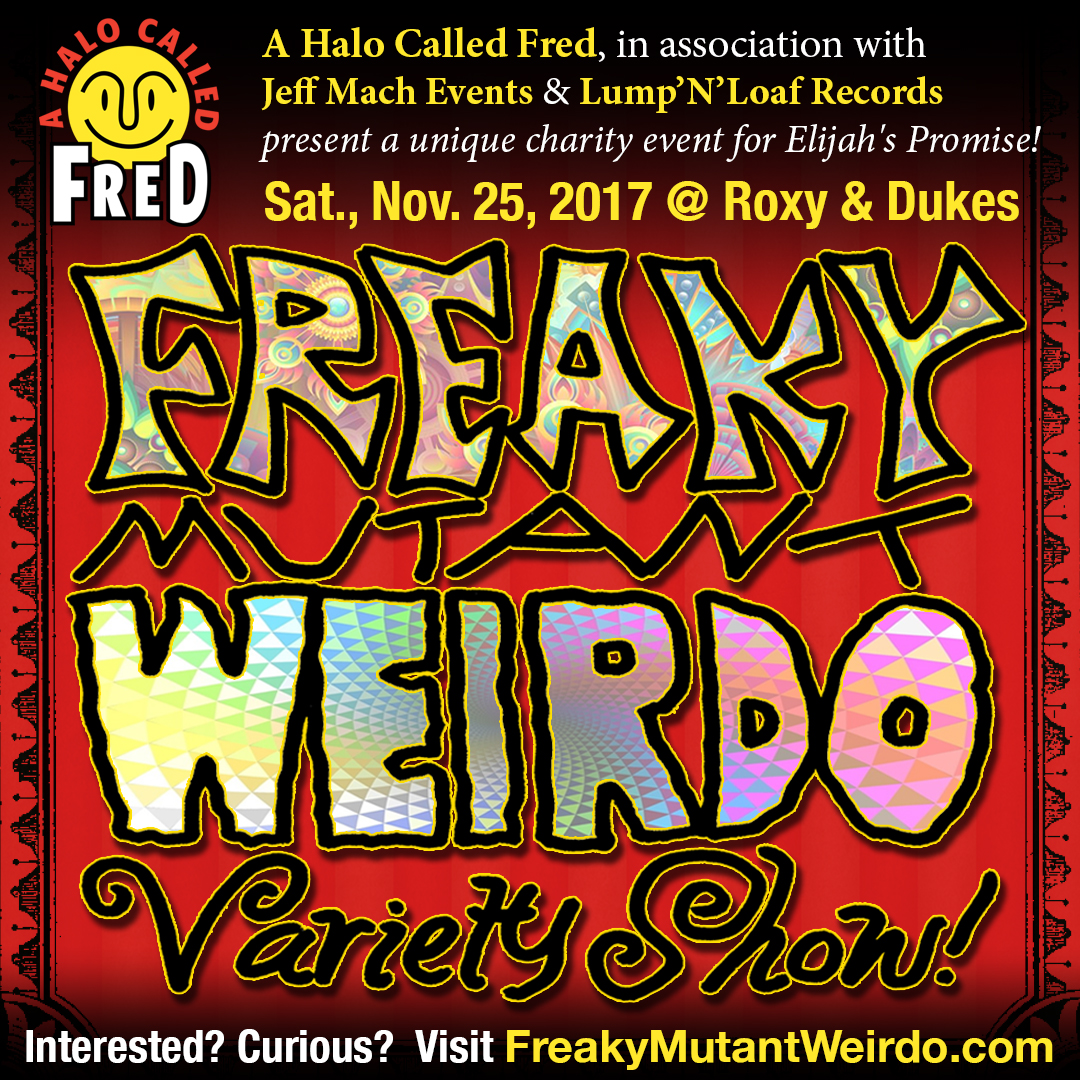 Prepare to be amazed at the Freaky Mutant Weirdo Variety Show with a four-hour long event of non-stop entertainment, each performance flowing into the next, and fun mash-ups made up of several acts. Unlike a more traditional show where a single performer might perform a continuous set, the FMWVS will have every performer come up to the stage multiple times, in multiple combinations with other groups.

A Halo Called Fred’s Geverend, aka Adam Dickinson, the man behind the show explains, “The idea for FMWVS grew out of two observations: #1) The best and most energetic performances always seem to be ones that involve collaborations between different acts, and #2) when we play big festival type shows, we LOVE the variety of performers, but the scheduling makes it impossible to see all the acts.”