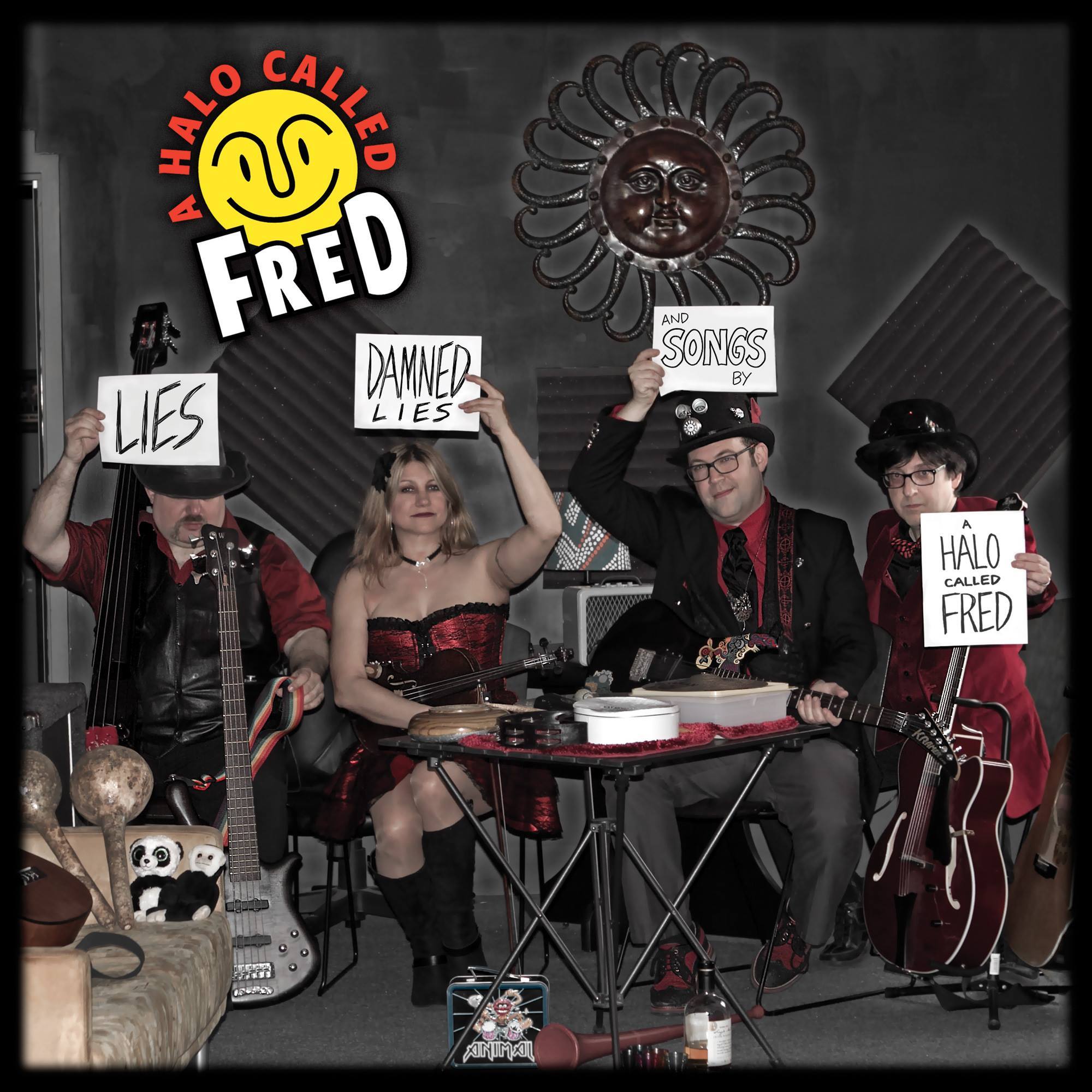 Misappropriating a classic Mark Twain’s quote for the album’s title, Lies, Damned Lies, and Songs by A Halo Called Fred carries the listener on a quirky, psychedelic journey of music, adventure, soundscapes, comedy, and much percussive use of Tupperware.

As Halo’s bandleader Geverend Dee explains, “The goal with the new album was to take everything Halo represents; the energy, spontaneity, and sense of humor of our live shows, and interpret it in a way more fitting to the recorded medium.”

“We wanted the listener to do more than just hear the songs,” said Geverend. “We wanted to suck them into the world of our collective minds and experience an hour there before returning back to reality. We unleash this release upon the world, for all to listen to with a song in their ears and love in their hearts!”

Lies, Damned Lies, and Songs by A Halo Called Fred Tracklist is as follows: