A Halo Called Fred’s “Everything Fred Tells Me Is True” Is Out on YouTube! 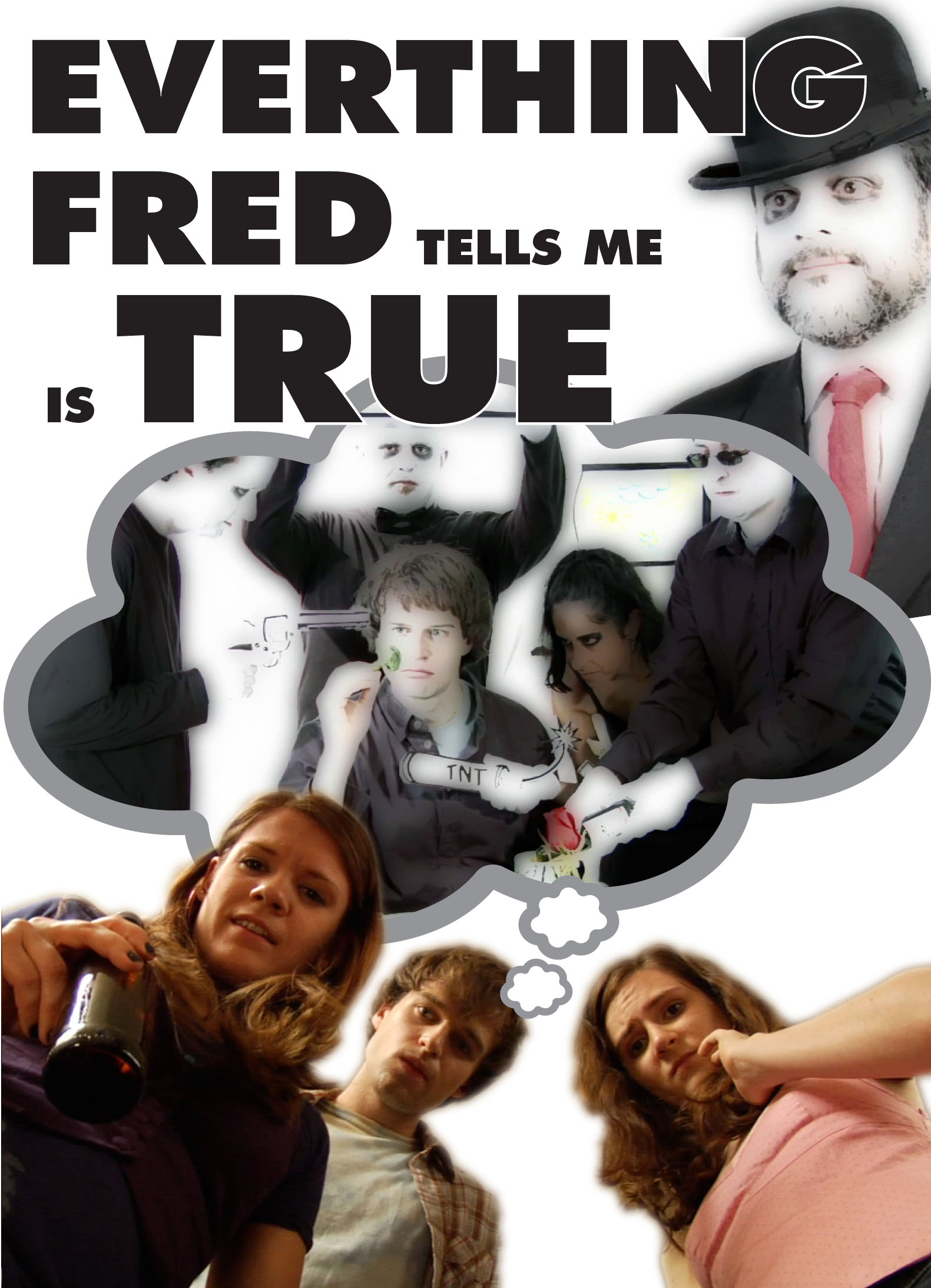 The motion picture Everything Fred Tells Me Is True, directed by Emmy Award winner Eric Vitner of IdeaMachine Films and featuring creative contributions from A Halo Called Fred, is finally out on Youtube and free to view!

Produced by Words Pictures Movies, Everything Fred Tells Me Is True is the story of Philip, a man whose future has no secrets. His dreams are haunted by Fred, a ghostly figure with a beard and bowler hat. Through Fred, Philip’s dreams predict his own destiny. Upon waking, Philip sketches personal prophecy on scraps of paper, to guide his actions until his predetermined life lives itself out. There’s only one catch: Philip himself has absolutely no idea what his dreams mean.

Are you interested in supporting the arts? Rent/Buy Everything Fred Tells Me Is True

Words Pictures Movies (WPM) was formed when Adam (Words) Dickinson, Bruce (Pictures) Meyers, and Eric (Movies) Vitner were given a month to create the short film “Territory” for the First Sundays Comedy film festival. The resulting film was a blend of their writing, art, and directing talents. This inspired the trio to spend the next year seeing how many films they could create from start to finish in a single month before finally throwing all caution to the wind and throwing all their efforts into producing Everything Fred Tells Me Is True, their first feature film. Prior to forming Words Pictures Movies, the three had previously collaborated on radio comedy in Rutger University’s WRSU production department, and on music videos for Lump’N’Loaf Records band A Halo Called Fred.

Eric Vitner – Director / Editor / Producer
Eric is the winner of 2 Emmy Awards as Editor on Metro TV’s “Subway Q&A” and was also a contributing Editor to Ferenc Toth’s “Unknown Soldier,” winner of the 2004 Los Angeles Film Festival Target Award, and the 2004 Philadelphia Film Festival Jury Award. He has directed multiple short films and music videos with both Words Pictures Movies and independently; he has created video & film media since the mid-1990’s.

Adam Dickinson – Screenwriter/Producer
Adam has completed three feature length screenplays, two of which have been quarter-finalists in the PAGE international screenwriting awards, including “Everything Fred Tells Me Is True” in 2008.

Adam graduated Rutgers University in 1994 with a degree in Music, specializing in Electronic Music and Sound composition. While at Rutgers he spent two years as production director for the WRSU radio, where he wrote, produced, edited, and performed in comedy skits and station promos. Adam also writes, composes and performs with  A Halo Called Fred.